Infodemic and alluring false drugs’ promise to cure pandemic COVID-19 are compounding the ongoing public health crisis gradually. Unapproved and unregulated online business of selling the fake drugs are adding fuel to the existing fire. Fake face mask, counterfeit test kits, misbranded medicine are also on the rise. So, these phenomena should be addressed with strong medical ethics and state regulation.

In Bangladesh, the State mandate of preventing drug misconduct can be extracted from article 18 of the Constitution which bolsters adopting effective measures to prevent drug consumption injurious to public health. This constitutional provision is proliferated in policy no. 4.7 of the National Drug Policy 2016 which says that “the selling of fake, adulterated, expired, unregistered, counterfeit, misbranded drug are punishable offenses due to hindrance of good governance in the drug sector, consequently, drug manufacturers, organisation, wholesale and retail seller are all accountable”. Any person or organisation associated with production, marketing, sale, distribution, and/or storage of such drugs is to be subjected to stringent legal action and the respective license is also to be revoked by the Directorate General of Drug Administration. Moreover, the right to health as an extension of the fundamental right to life has acquired a new dimension due to the spread of deadly diseases across the world as well as in our country.

The World Health Organization (WHO) estimates that one in 10 medical products circulating in low- and middle-income countries are either substandard or fake, which is both dangerous and a waste of money. Various academic studies have put the prevalence at between 11% and 48%. Of 1,500 reports of such products, most came from Africa (42%), with south-east Asia also a major hotspot for fake medications.

As per section 8 of the Drugs Act 1940, the standard quality of the drug denotes the drugs which comply with the standards set out in the schedule of the Act. Section 9 of the said Act launched the idea of “misbranded drug”. It implies if the drug is an intimation of, substitution for, or resembles in a manner likely to deceive, another drug or bears upon it or its label or container the name of another drug unless it is plainly and conspicuously marked as to reveal its true character and its lack of identity with such other drug. Prohibition is imposed on the manufacturing and selling of substandard and misbranded drugs in section 18 of the Act. The corresponding section 28 refers that whoever in respect of any drug sold by him whether as principal or agent gives to the purchaser a false warranty that the drug does not in any way contravene the provisions of section 18 shall unless he proves that when he gave the warranty he had good reason to believe that the same to be true be punishable with imprisonment which may extend to one year with fine or with both.

The existing legal sanction is not comprehensive enough to address the issue of exposure of fake and substandard drugs during the pandemic. The increased punishment scale with precise determinants should be introduced for controlling this quasi-pandemic phenomenon. The High Court Division (HCD)’s observation to the effect that “production, sale, and storage of fake and adulterated medicine should be dealt with maximum punishment resonates with the sentiments of most people in the country”. The remark was made at the time of hearing submissions following a writ petition filed with HCD on June 17, 2019, seeking confiscation of time-barred, fake and adulterated medicine from drug stores all over the country.

According to section 7 of the Infectious Diseases (Prevention, Control, and Eradication) Act 2018, the functions of the advisory committee constituted under the Act include observing and reviewing the antibiotics with other medicines which are used in the treatment of communicable diseases. Section 9 of the Act emphasised to comply with the health instructions and regulations of WHO for protecting public health during the pandemic.

Making false medicine is an opportunistic crime, more common in places where regulatory oversight is weak or inconsistent. In this unforeseeable situation, stakeholders from all corners should consider the development of effective communication and training programmes for consumers and health workers on understanding the quality and safety of the medicine.

N.B. This Content is published here by the permission of author and The Daily Star’s Law Desk. 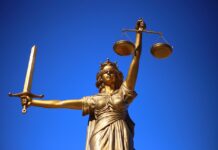 Tips on How to Choose a Personal Injury Attorney 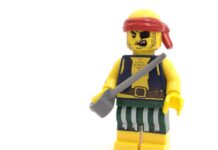 Copyright Protection of Software and Other Online Products

The Legal Framework on Biodiversity Preservation