Home News How to Secure Your Password from Hackers?
Share
Facebook
Twitter
Pinterest
Linkedin
ReddIt
Email
Digg
Today, there have been reports of cybercrime worldwide. You may also think that your data is not safe. But do you think that you are responsible for it yourself? A recent report indicates that one in every 4 people in India has a weak password.
According to a report by cybersecurity company Kaspersky, one out of every 4 people in India has a weak password to protect their accounts. A weak password can be easily decoded.
You’ll know that there’s only one password wall between your personal data and hackers. And if the wall is weak, no one can prevent hackers from accessing your account. This password not only protects your personal data from being emptied but also your bank account. Despite this, people are making it easier than keeping their passwords strong, and hackers are taking advantage of this weakness.

Contents hide
1 These people make hackers target
1.1 Cyber expert cautioned
1.1.1 What do the figures say?
1.1.1.1 5 to 6 characters have passwords dangerous
The second biggest challenge for Internet users is to have separate passwords for different accounts. According to the report, one person creates an average of 27 different accounts on the Internet. It has online access to bank accounts ranging from social media, e-commerce companies. It is difficult for people to remember different passwords for all accounts. That’s why most people have the same password in all their Internet accounts and that’s where hackers are the target.

In this regard, cyber expert Jitan Jain said that we want to have passwords that are easily remembered. At the same time, each platform has a bit of a password. This means that all the accounts of the people are hacked simultaneously. Not only that, he described saving passwords on the browser as the biggest mistake of the people. We usually save passwords on any website to save time, “Jain said. That makes hackers’ job easier later.

What do the figures say?

5 to 6 characters have passwords dangerous

Cracking your password is so easy that open-source password hacking software is easily found on the Internet that anyone can install and try to hack your password. But you can avoid becoming a victim. The password of 5 to 6 characters is easiest to hack in just 10 minutes, but as soon as these characters are 6 to 8, it takes half an hour to hack. But when the password is 8 to 12 characters, it is very difficult to crack it.
Cyber expert Amit Dubey said that while setting a password, people should keep in mind that they do not apply a password with their information. Additionally, no series should ever have numbers or characters. Because they can be easily broken. 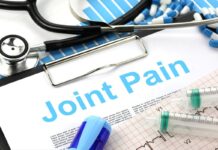 Joint Pain in Winter? Here are Tips for Relief 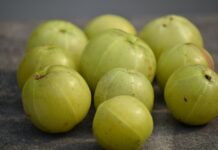 5 Reasons Why You Should Eat Amla Everyday

Benefits of Dry Dates with Milk You Should Know

Tips How to Keep Kid’s Room Clean and Beautiful

Is Your Hair too Dry or Rough? Try These Hair Packs

When is the Best Time of Day to Exercise?