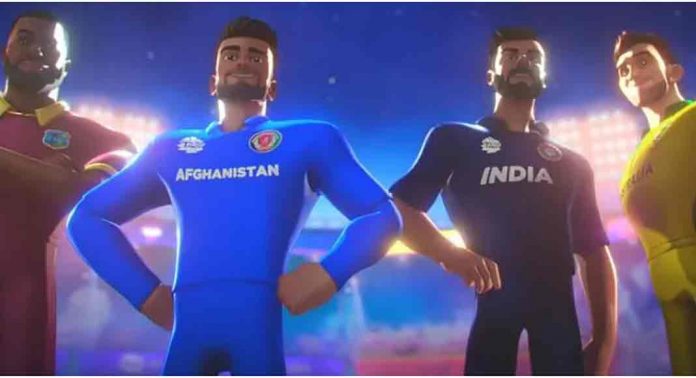 T20 World Cup will begin on October 17 in Oman and the United Arab Emirates, with the final on November 14 in Dubai.

On Thursday, the International Cricket Council (ICC) unveiled the official anthem for the upcoming T20 World Cup, as well as a promotional film starring ‘avatars’ of Indian batting legend Virat Kohli and West Indies captain Kieron Pollard. The competition will begin on October 17 in Oman and the United Arab Emirates, with the final on November 14 in Dubai.

An animated video, composed by Bollywood music director Amit Trivedi, featuring young cricket fans from around the world participating in T20I cricket, as well as some of the sport’s biggest personalities.

India captain Virat Kohli leads a group of players that communicate with each other throughout the animation as “avatars.”

🎵 Let the world know,
This is your show 🎵

The film, which was created in partnership with ICC’s global broadcast partner Star Sports, will premiere on Thursday across ICC, BCCI, and Star Sports’ social media accounts throughout the world.

The film is created using a brand-new broadcast technique that combines both 3D and 2D effects.

Over 40 individuals worked around the clock to create the final version, including designers, modelers, matte painters, animators, lighters, and compositors.

In the sport’s biggest tournament since the COVID-19 epidemic, 16 countries will compete, showcasing the sport’s top celebrities and strongest teams.

“There is something magical and special about putting on the West Indies jersey and stepping onto the field,” Pollard added.

“This upcoming World Cup will give us more special moments. We know our fans will be fully engaged, watching, and supporting and we want to give them plenty to cheer about,” he continued.