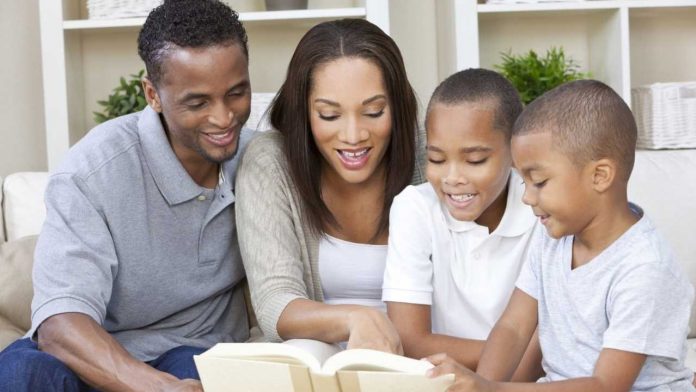 My family and I just went to a large art exhibition. Countless children’s shoes were stacked in rings in front of the winding Frank Gehry-designed spiral staircase in the wide open atrium. Each shoe represented a Native child who died at a residential school. There were small glittery running shoes, tiny moccasins, and kids’ sized dress shoes. They symbolised the small feet that no longer have the opportunity to run around their Native American communities, playing and chasing each other.

When my seven-year-old pointed to the shoes and asked what they were for, my heart broke. I explained that the shoes were in honour of the students who had not returned home from school. When she inquired as to why they had not returned home, I explained that there was a time when schools took tiny Native children, such as my grandparents and family members, and attempted to teach them how to live differently. They were mistreated, were ill, and some died as a result.

She paused for a beat before quietly responding, “I had no idea that shoes could be sad.”

After 215 children’s bones were discovered with radar instruments outside of the Kamloops Indian Residential School in British Columbia, Canada, memorials like these began to be built in public locations, church steps, and art galleries. The Tk’emlps te Secwépemc First Nation’s unmarked burial discovery sparked a wave of similar searches on residential school campuses across Canada and the United States.

The problem has gained traction as a result of recent discoveries and monuments, and parents may be confronted with queries from their children regarding the storey. Parents, both Native and non-Native, must be prepared to respond to queries in an age-appropriate manner.

Be calm but authentic

Fortunately, there is a lot of information on how to talk to kids about sorrow. Dolores Subia BigFoot, a child psychologist and professor at the University of Oklahoma’s Health Sciences Center who directs the Native American Programs at the Center on Child Abuse and Neglect, recommends some broad guidelines.

“My first piece of advice to parents should be to stay calm. Take a deep breath in and out. Consider what you want to say. Offer an apology if you can’t explain things to them the way you want to, but never apologise for crying,” she advises.

Dr. BigFoot said, “Acknowledge to children that their curiosity or query is significant, and that you as a parent or caregiver want to be able to offer them an answer, and that you may have to work on that answer.”

“We need to teach non-Native children about this history and why it is incorrect. Diindiisi McCleave, CEO of the National Native American Boarding School Healing Coalition, says, “We need them to understand what happened to us so we can alter things for the future.”

Residential schools, often known as boarding schools, were used by the government to help Native American students integrate into white and Christian society. Captain Richard Henry Pratt, who eventually founded the Carlisle Indian Industrial School, stated in an 1892 address that the goal was to “rescue the man; kill the Indian.” The children were frequently forcibly removed from their homes, relatives, and communities. Their long braided hair was clipped, they were forced to wear drab uniforms, and they were punished for speaking their original languages, among other humiliations and abuses. This isn’t even ancient history. In Canada, the final residential school closed in 1996, while in the United States, there are currently 73 institutions, 15 of which are still boarding.

The 215 children in Kamloops were neither a surprise or a discovery for many Indigenous people whose family members had departed and never returned. And that was only the start. As more residential school premises were investigated over the months, that figure grew into the thousands. It prompted Deb Haaland, the United States’ Interior Secretary, to announce a probe into the country’s own history of Native American residential schools in June.

In a statement, Giovanni Rocco, the US Department of the Interior’s Deputy Press Secretary, said, “The Interior Department has commenced its investigation into the loss of human life and the long-term implications of residential Indian boarding schools as outlined in the Secretary’s memo.”

“We anticipate to start Tribal consultation in late fall, where we will talk about how to secure and communicate sensitive information, as well as how to maintain grave sites and sacred burial traditions.”

Nine bodies left Carlisle Indian Industrial School in Pennsylvania earlier this summer and travelled by caravan to the Rosebud Sioux tribal territories in South Dakota, where they were honoured with ceremonies and a large homecoming.

“We need to realise that this happened to Native people. And remember that the children in our care are a gift, and take care of them in a way that perhaps our grandparents couldn’t,” McCleave said.

Since 2012, organisations such as the National Native American Boarding School Recovery Coalition have been working to raise awareness about boarding schools and open the road for healing. She believes that parents should recognise their children’s sentiments about learning this history and assist them in processing it.

Dr. Lahoma Schultz, an enrolled member of the Muscogee (Creek) Nation and a licenced psychologist and licenced professional counsellor in Oklahoma and Arkansas, says, “Native children today wouldn’t have that direct sense of loss since we’re talking about remains being found.” She has spent years talking about grieving with Native children.

“What they’ll feel is what the grownups in their lives are feeling. Because some of us lost a parent or grandparents, or had grandparents or parents who attended the old boarding schools, that’s where the sadness is coming from,” Dr. Schultz explains.

Speaking young children about the recently discovered mass graves necessitates a unique approach. “The interesting part of this is why are there graves at a school,” Dr. Bigfoot explains, “because most students don’t associate children dying at a school and being buried on the school grounds.”

To help them understand, Dr. Bigfoot suggests mentioning that there was a time when children went to school without their mothers and fathers. Someone else looked after them, and occasionally that person did not look after them well. Some children were injured, and some of them children died.

That brief answer may be sufficient in some cases, but depending on the child’s curiosity or emotional capacity, additional inquiries of “why” may arise, leading to a conversation about how children in the past lacked many of the options that children have today.

Dr. Bigfoot recommends adding what we’re doing now about it, rather than just telling them a storey and closing the door. “That’s why I’m doing everything I can to take care of my family, because grandparents and great grandparents didn’t have a choice,” she says.

Whether the talk is sparked by other elements in the child’s environment – such as catching a news report, overhearing a conversation, or coming across a monument – or is initiated by the parent, Dr. Bigfoot advises that the child be given the chance to bring it up whenever they wish.

Dr. Bigfoot believes it’s fine if a book, TV show, or other item of media helps to open the door a little. “Losing a parent in Bambi, or [Simba’s father dying in] The Lion King, all of these stories are about loss and grief, so it’s not a foreign subject or emotion for kids. The important element is that you talk about the proof of things that came out of it to improve life, and what you’re doing about it now.”