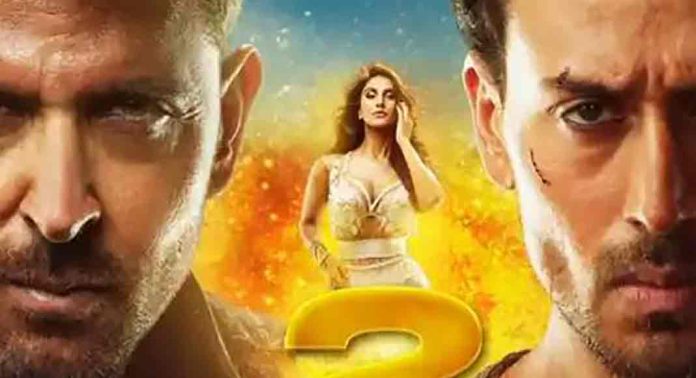 Hrithik Roshan and Tiger Shroff released War in 2019, the year’s biggest blockbuster. Two years later, director Siddharth Anand has confirmed that production on the sequel will begin next year.

While both Hrithik and Tiger recently celebrated the two-year anniversary of the film, it is unclear whether the sequel will reunite them.

Siddharth told Mid-Day about the War sequel: “We knew that if War works, we will make a sequel. (Aditya Chopra, producer) and I have shared some thoughts on how to take it forward. We will hopefully start it by next year. War 2 is a big responsibility, and we need normalcy (to be restored) before we can dive into it.”

Meanwhile, Tiger is preparing to appear as a background dancer in the sequel to Hrithik Roshan and Vaani Kapoor’s war song Ghungroo. When Vaani was asked to share her experience working with Tiger during an earlier Ask Me Anything session on Instagram, she asked him to respond on her behalf. “Hopefully both of us come back to life for the sequel and I can be a background dancer in ghungroo 2.0 behind you and Kabir,” Tiger replied on Instagram Stories.

“Miss everything about being on this set – co-working, collaborating, CREATING. #2YearsOfWar,” Hrithik wrote on Instagram to mark the film’s second anniversary. Filmmaker Karan Johar commented on the post, “And your drop dead gorgeous intro scene! Can we take a beat to celebrate that as well. Can we take a moment to acknowledge that?”

Tiger, who regards Hrithik as his hero, wrote on Instagram, “Man i miss this! One of my best experiences going head to head with one of my idols. #2yearsofwar @hrithikroshan @_vaanikapoor_ @yrf #siddharthanand.”